“As billions hunker down to halt the spread of the virus, President Donald Trump has only ramped up sanctions and other pressure against frequent targets such as Iran and Venezuela,” reads a new article by AFP.

“Iranians say humanitarian imports have effectively been blocked as few foreign banks are willing to deal with Iran due to US sanctions, leading to shortages of vital supplies such as masks,” AFP adds. “Ali Vaez, an Iran expert at the International Crisis Group, which studies peaceful solutions to global problems, said the Trump administration likely believes that any aid would only throw a lifeline to a regime it sees on the brink of falling.”

“It’s almost like a bad joke. What’s worse than a pandemic appearing in a country where there is no government? That is really the last thing that you want,” the Quincy Institute’s Max Abrahms told AFP. “We need to rethink our understanding of US national security. It seems particularly absurd for the United States to invest so heavily in remaking foreign countries at a time when our own nurses in New York City are literally wearing trash bags.”Max Abrahms✔@MaxAbrahms

Indeed, in some very important ways the US government has clearly seen the coronavirus outbreak not as a dangerous humanitarian crisis, but as a strategic advantage to be weaponized against governments which refuse to bow to its empire-building agendas.

Weaponizing a virus is the thing that biological warfare is. The US government might not have deliberately released the virus (also not a settled question), but they are using the virus as a weapon aimed at toppling vulnerable targeted governments.

The use of biological warfare, or germ warfare, is prohibited by international law, though in typical fashion the US is skirting the parameters of those laws in this case by weaponizing a virus that was already spreading. Which is not to say that the US is above deliberately infecting a population using biological weaponry as well; they used them extensively during the Korean War.

Thousands of Iranians have already died of this virus due to the difficulties US sanctions create in obtaining medicine, equipment and resources, and it’s possible that orders of magnitude more dead may follow. This is not accidental, this is deliberate. Secretary of State Mike Pompeo has gone on record to say that the objective is to make Iranian civilians so miserable and desperate that they overthrow their own government, and it is clear that this virus is being employed toward this purpose.

This same imperial war machine is actively attempting to inflict this same fate upon Venezuela, where tens of thousands have already died of malnutrition and inability to access medicine because of the Trump administration’s brutal economic warfare. The DC-based International Monetary Fund has denied Venezuela a loan it says it needs to fight the pandemic citing dispute over the legitimacy of the Maduro government, a dispute the US itself created out of thin air and narrative spin. On top of all this the Trump administration is now offering a $15 million bribe to anyone who will help them arrest Maduro on ridiculous drug trafficking and terrorism charges.

Who would benefit from a disease-ravaged nation not having a government? Certainly not the Venezuelan people.WikiLeaks✔@wikileaks

We’re seeing the same germ warfare inflicted upon targeted individuals as well as governments, with Julian Assange denied bail as the virus spreads through UK prison systems despite doctors’ warnings of his vulnerability to death from an infection due to chronic lung disease.

We may be absolutely certain that at least a few people in at least a few government agencies have voiced the observation that Covid-19 may finally solve their Assange problem once and for all. And of course those observations would be a perfectly accurate appraisal of the situation. Psychopathic, but accurate.

For all the outraged shrieking the US government does about disobedient nations like Syria allegedly using chemical weapons, it has certainly shown no hesitation in employing biological warfare today. Those dead Iranians are just as dead as the Syrian civilians who according to the US government’s plot hole-riddled claims were killed by chemical weapons dropped by the Assad government, and they are dying on a much larger scale. They are dying of a virus that is being used as a weapon to topple a government which dared to disobey the dictates of Washington and its covert controllers, which means they are dying of germ warfare.

Everything the US empire accuses unabsorbed governments of doing, the US empire does worse. That’s the true meaning of American exceptionalism.

Independent journalism speaks the truth to power and is vital more than ever. So is your support! DO your part to support Okemah Free Press hard-hitting journalism with of donation of just $1 or more today! PATREON SITE

… this year, and the results will define the country for a generation. These are perilous times. Over the last three years, much of what the Okemah Free Press holds dear has been threatened – democracy, civility, truth. This US administration is establishing new norms of behavior. Anger and cruelty disfigure public discourse and lying is commonplace. Truth is being chased away. But with your help we can continue to put it center stage.

Rampant disinformation, partisan news sources and social media’s tsunami of fake news is no basis on which to inform the American public in 2020. The need for a robust, independent press has never been greater, and with your support we can continue to provide fact-based reporting that offers public scrutiny and oversight. Our journalism is free and open for all, but it’s made possible thanks to the support we receive from readers like you across America in all 50 states.

We hope you will consider supporting us today. We need your support to keep delivering quality journalism that’s open and independent. Every reader contribution, however big or small, is so valuable. Support the Okemah Free Press from as little as $5 – and it only takes a minute. Thank you. PATREON SITE

The Socialist Factor is beginning to seek interested International journalists, graphic artists, and start a new International Socialist network.  There has been in the past other groups that started Leagues but were tied to that group’s ideology. We desire a new platform of self guided journalists and artists. Any leftist journalist, a true muckraker, newspaper, graphic artist, photographers are welcome to join.

Our goal is to network Internationally, hold webinars, training, resources, and hopefully gain a world wide Socialist movement of journalists. Yet we will not be tied to another organization. We will be separate, our collective voices will expose the fascist imperialism raising its evil head.  We have no ideology other than exposing the abuse upon the working class by the fascist oligarchs.

Our Mission:  The proletarian-revolutionary world literature has the

task to win, to develop and to organize the heart and brain of the world

proletariat and the broad working masses for the socialist world

100 years ago, after the printing of Marx and Engels books, globally writers, artists, newspapers sprung up to fight back against fascism. The time is here again. Join us, help us, and let’s get a true International Socialist movement organized. The working class needs our talents.

We encourage our international writers and support departments to also join writers unions. You may check National Writers Union, Industrial Workers of the World to name a few.

This site uses Akismet to reduce spam. Learn how your comment data is processed. 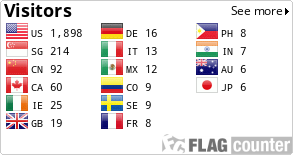